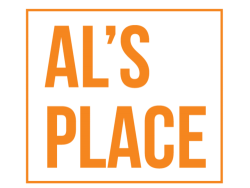 When I met Aaron about a year ago he struck me as being as extremely focused guy that was very detailed oriented. It was a challenge to get the landlord to go with him as he previously never owned his own restaurant and his financial situation was somewhat challenging. Nonetheless we made the deal which closed escrow the end of December 2014. In the short time Aaron, 32, opened AL’s Place, at 1499 Valencia Street in San Francisco, which stands for the initials of his first and last name his restaurant was recently chosen to be the #1 Best New Restaurant in America for 2015 by Bon Appetit Magazine. Aaron grew up in Sonoma County and started cooking from a baking book his aunt gave him. He started washing dishes at a Mexican restaurant and then started cooking at Mixx, a since closed bistro in SantaRosa. When the French Laundry Cookbook was released Aaron buried himself in it. It wasn’t so much the recipes, but Keller’s obsession with systems and detail. He enrolled in the Culinary Institute ofAmerica in Hyde Park, New York, in 2002 doing an externship at Restaurant Daniel in the city. A year in, Aaron dropped out and moved to Montreal where he was the opening line chef at the now-legendary Au Pied de Couchon. Two years later he returned to school, graduating into a gig at Dan Barber’s Blue Hill at Stone Barns. There, he not only learned how to master vegetables but made the leap from cook to chef. “The blinders came off and I could see the whole Kitchen”, he says. “I was ready to run a restaurant.” In 2008, when he arrived at Ubuntu in Napa Valley, everything clicked. While there, Ubuntu became the first vegetarian restaurant in America to win a coveted Michelin star while he was executive chef. Pulling from the restaurant’s two acres of gardens, Aaron discovered that vegetables could be more versatile than meat. It’s also where he learned how to run a kitchen with military precision. All the unchanneled energy of his youth was now focused on being the best chef he could be. When Ubuntu closed in 2011, Aaron struck out on his own. And then for the next three years he didn’t cook. His first deal he was working with in San Francisco ran into delays and he dropped the project doing bartending in the interim to pay the bills as well as traveling to Southeast Asia for a few months. Upon his return he stumbled over our listing at 26th Street and Valencia in San Francisco and the rest is history. We are proud to have completed this transaction with Aaron and we wish him the best for continued success in his long career ahead.