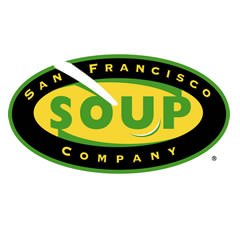 San Francisco Soup Company is a family owner business started by Jennifer Sarver in early 1999. Inspired by the success of soup bars in New York City after the famous “soup Nazi” Seinfeld episode, Jennifer saw a great opportunity to open a chain of soup restaurants in the SF Bay Area. She used her professional skills and education in cognitive psychology from Carnegie Melllon to bring a concept that promotes fresh ingredients that make the perfect meal to nourish the body and warm the soul to the market. Her husband Steve Sarver joined her in the San Francisco Soup Company endeavor in June of 1999 after a number of years in the business world working for such companies as Clorox and GJM, a major supplier to The Limited where he utilized his undergraduate degree in finance from Wharton and his MBA from Harvard.

Since opening the first store in Crocker Galleria in downtown San Francisco, the Sarvers have added opened 16 locations in the Bay Area ranging from San Francisco to Berkeley to Palo Alto. They serve 12 soups daily with a wide variety of flavors including vegetarian, low fat, dairy free, spicy and now low carb and gluten free options. They have expanded the menu to add sandwiches as well as salads to give the customer a full range of choices.

San Francisco Soup Company has been at the forefront of promoting sustainability as a core value. They have been using biodegradable products since 2002 and always offer organic choices on the menu. They are supportive of local purveyors and try to offer as much support as possible locally. Their most recent location is San Francisco Soup Company/Urban Bistro in Burlingame which offers a more extensive menu including a selection of flat breads, 4 types of macaroni and cheese and both French fries and sweet potato fries. Restaurant Realty is pleased to have been involved in them acquiring this location and wish the Sarvers continued success.