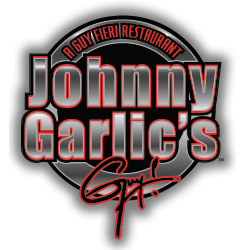 Steven Gruber and Guy Fieri opened Johnny Garlic’s in 1996. Both owners have strong backgrounds in the food service business. Steven’s college degree is from Penn State where he received a bachelor’s degree in Hotel and Restaurant Administration. Upon graduation Steven worked with Restaurant Enterprise Group experiencing everything from the ground up-eventually being a multi unit manager. Guy worked in a family restaurant business and then pursued his college degree in Hotel and Restaurant Administration from the University of Nevada Las Vegas. He was recruited by Stouffers Restaurants where he achieved a senior manager position.

Both Steven and Guy resigned their responsible posts to found Johnny Garlic’s-a dynamic concept based on an array of delicious entrees, fresh salads, sumptuous appetizers and decadent deserts with a location in Windsor. They also have expanded their concepts to include Tex Wasabi’s-a combining barbeque with sushi in Santa Rosa and opening soon in Sacramento, Russell Ramsey’s Chophouse-a steak and chophouse with a California Cuisine twist in Santa Rosa and Terra Fusion-a high end catering division based in Santa Rosa.

As a team of family and community oriented owners Steven and Guy have become fixtures in the Sonoma County community donating time and money to help schools, athletic leagues and other charities. Their food services have been utilized at the Sonoma County Fairgrounds for such events as Harvest Fairs and Home and Garden Shows. We enjoyed working with Steven and Guy on a recent project we did together and we wish them continued success in their future restaurant endeavors.