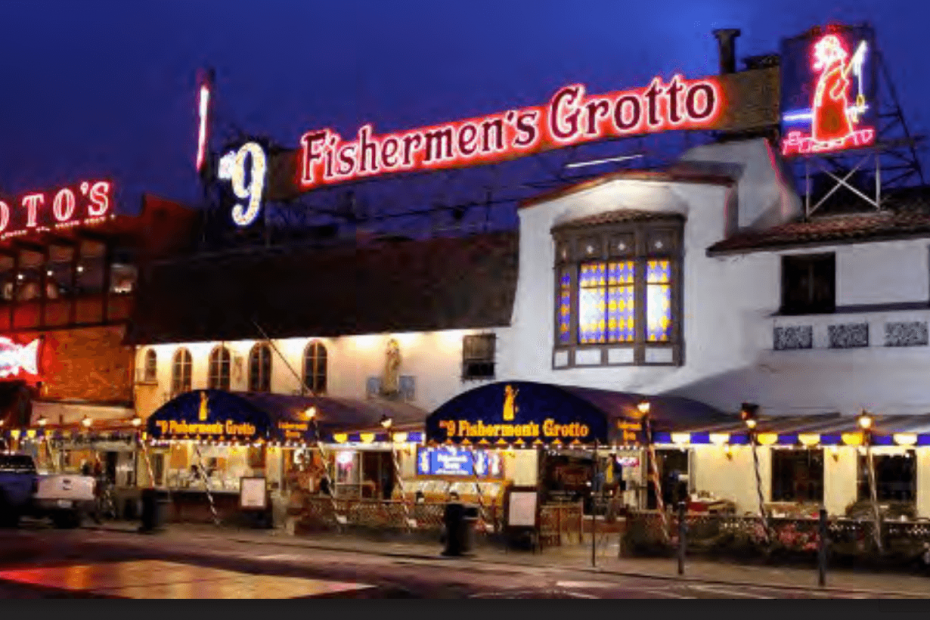 Please find below a press release for the sale of Fishermen’s Grotto.

November 1, 2016 – San Francisco, CA – Restaurant Realty has completed the sale of the world renowned Fishermen’s Grotto #9 – one of the oldest family-run restaurants at San Francisco’s Fishermen’s Wharf – located at 2847 Taylor Street. Four generations of the Geraldi family have been serving Italian-style seafood at this locally revered and internationally frequented destination for 81 years.

The Geraldi family, which has owned the restaurant since its 1935 opening, has struck a deal with Chris Henry, who also owns Tommy’s Joynt in San Francisco and Barrel House Tavern in Sausalito.

Restaurant Realty Broker Steve Zimmerman shares, “As a native San Franciscan with deep roots in the restaurant business-being former President of my family’s chain of hamburger specialty restaurants, Zim’s popular in SF from 1948-1995 and being in the real estate business selling restaurants, bars and clubs for the last 20 years, I am delighted to have been involved in the sale of Fisherman’s Grotto, an 81 year old San Francisco institution. Chris Henry who is the buyer of Fisherman’s Grotto also purchased Tommy’s Joynt, a 75 year old San Francisco landmark restaurant through assistance of Restaurant Realty in 2015.

Founded by Sicilian immigrant and commercial fisherman Mike Geraldi in 1935, Fishermen’s Grotto has expanded from selling fish at a small stand (No. 9) to one of the largest restaurants in San Francisco — an 18,796-square-foot, two-story restaurant that serves over 1000 people a day during the high season.

“We were one of the founding families here on Fisherman’s Wharf,” said Geraldi. “We were the first full-serve restaurant on Fisherman’s Wharf. Prior to us there were a lot of seafood cocktail stands and oyster bars, and there wasn’t really a place to get a full fish dinner.”

This highly sought-after restaurant location is one of the top in the country with over 10,000,000 Fisherman’s Wharf visitors per year. The establishment has breathtaking views of several major attractions including the Golden Gate Bridge, Russian Hill and the Fishing Fleet and Harbor.

Chris Henry, the buyer states: “It’s an honor to continue the Fishermen’s Grotto tradition, however, I will revitalize the space by updating the interiors, enhancing the exteriors, provide a modern menu that holds up to the fast pace of the location, and have local appeal.  We will be serving fresh fish sustainably sourced quality food in a fun friendly atmosphere. In addition to remodeling the main dining room upstairs, we’ll be creating a casual concept downstairs called No. 9, which will provide a great San Francisco fast casual dining and walk up / take away experience serving American seafood cookery and San Francisco favorites.”

Restaurant Realty wishes the Geraldi Family and Chris Henry continued success in their future endeavors and extends our thanks for having the opportunity of working with them in selling this historical business.